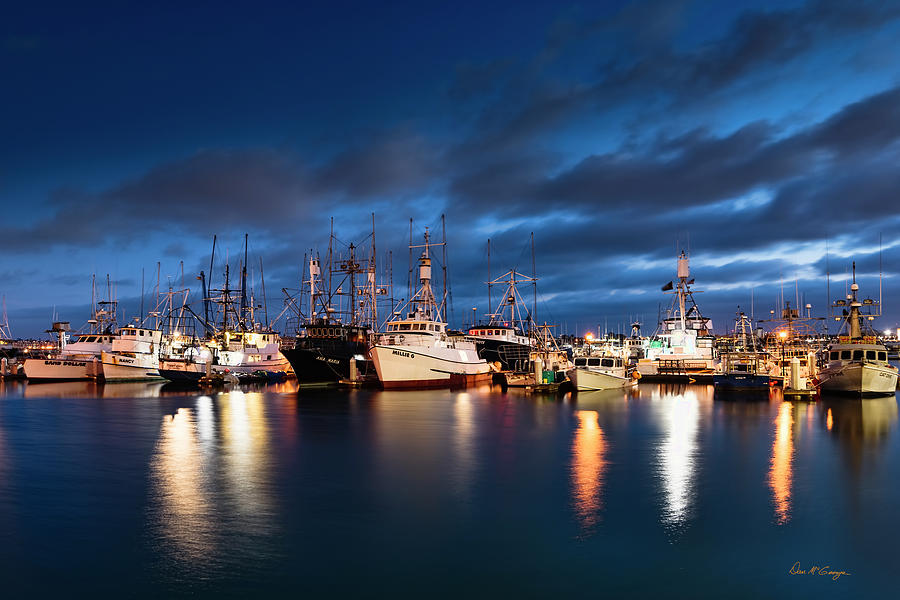 It had been a cloudless day. I'd hoped for another sunset, as choice ones had graced our western skies for several previous evenings. It seemed this night it was not to be. Then a marine layer began to move in. Better to be there than not, I set up and waited in hopes dramatic color might explode through the broken clouds. No luck. Packed up and walking back to the car a quick glance behind revealed this scene, a great composition but no drama. Realizing the potential, all that remained was not leaving, but waiting patiently for another half and hour or so, and with any luck something special could develop. It did. These commercial fishing boats were nestled safely in the harbor, serene and peaceful under a dramatic sky, their working lights reflecting across the bay. -Dan McGeorge